Showing posts from May, 2016
Show all

Lock Up Your Burglars! He Returns to Europe. 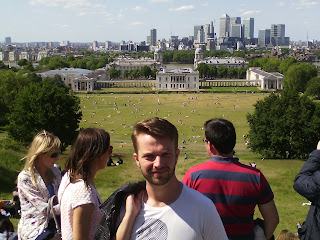 I'm writing this in a mix of excitement and raw panic, because in just a week's time I'll be in Nottingham, enjoying Bold Strokes Books's UK Festival at Waterstones.

A week later, I'll also be in Berlin for the second ever Euro Pride Con. Somewhere in there I'm also meeting up with friends in a couple of other cities, so all up, it's a wonderful two weeks for me doing three things I love - talking books, catching up with friends, and exploring Europe.

And I'll be doing it on crutches!

Yes, about a month ago, the gods decided to, as my British friends would no doubt say 'have a laugh,' and shit me to tears test my fortitude, causing me to fall and dislocate a good portion of my midfoot. This stranded me on crutches for 2+ months, dropping me in the deep end of the Canadian healthcare system.

All the same, I am super excited for this trip. It's not my first trip to the UK, but it is my first goi…
Post a Comment
Read more
More posts