Showing posts from April, 2017
Show all

No, Luke Evans Is Not Your Pet Gay Action Star 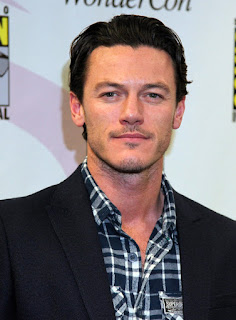 Off the top of my head, I don't think I've ever watched a Luke Evans movie, though High-Rise has been on my 'to watch' list for a while now. But the English actor/heart-throb/fast rising action star has been knocking around the news and social media this week for reasons that are kind of bothersome. Or perhaps it just signals a major shift in the way we need to think about LGBT celebrities.

In short, Evans has been copping some flack for refusing to talk about his sexuality, after having come out all the way back in 2002. Remember that era? When Queer As Folk and Will and Grace were gaying up the airwaves, and several countries were first legalising gay marriage? It was still pretty damn brave and unusual for a big star to come out at the time. But Evans wasn't then a big star. He was a fresh-faced emerging name in the pretty gay-friendly world of theatre-loving London.

All that has since changed, and some are calling his sudden reluctance to discuss his personal l…
Post a Comment
Read more
More posts