Sins of the Son Blog Tour #6: GLUTTONY and GREED 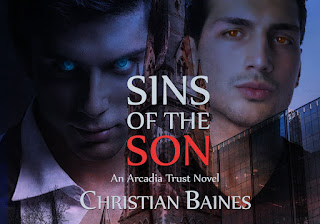 Hi all. Welcome back to my own humble little blog for the final stop on my Sins of the Son blog tour. It’s been a wild ride through Pride, Envy, Sloth, Wrath, Lust… leaving just Gluttony and Greed to explore. If you’ve made it here, thank you so much for sharing the trip with me.

I’m combining these last two sins into one post because I really have very little to say about gluttony, and almost too much to say about greed. That might be because greed I think is the one sin without a valid form of expression. Pride is essential for our survival and growth. Envy is a natural response, to be processed rather than resisted. ‘Sloth’ is sometimes necessary for self care. Wrath… is a dangerous one for sure, but processing our anger in a healthy, productive way also empowers us to right some of life’s wrongs, big and small. And lust? My tolerance for sex-shaming has long expired.

Gluttony’s a tough one because it can be interpreted in so many ways. Too much of a good thing is bad for you? No kidding. Literally the definition of ‘too much.’ If you mean it’s a bad thing in terms of being selfish while others have to go without, sure. That’s a valid ‘sin.’

Then there’s greed, which is probably the single most damaging sin on the list. I don’t want to get super political in this post, or any other. I write queer fiction, which means everything I release is already a political act to some degree. But greed poisons so many different aspects of our lives, and for the purposes of this post I’m going to confine it to the effect that has on artistic media. Our books. Our movies. Our TV shows. Stories we digest for enjoyment. Stories that are becoming increasingly generic.

As I write this, big budget Hollywood movies will be in production that all hit the same beats, lining up the same shots and visual queues while regurgitating the same characters and stories viewers have been trained and conditioned to expect. Others will be undergoing script revisions to remove any creative idiosyncrasies, or firing their directors for not being ‘on brand’ enough. In other words, not playing by the corporate playbook and jeopardising that all important $2bn box office haul. That means eliminating the auteur’s hand. It also means eliminating ‘troubling’ elements such as LGBTQ characters, lest your half billion-dollar movie offend the all-important Chinese censors – gatekeepers to the world’s most lucrative moviegoing market.

It’s not that good movies aren’t still being made. More independent and small-scale movies are being made than ever. In the past four months, I’ve taken immense pleasure in gorging myself (hello, healthy gluttony!) on a wide range of interesting movies that arrive, starting around September each year. But getting there, especially through the summer? Scanning the schedule of my local multiplex for something interesting at that time of year has become painful. I find myself sifting through movies that are either stripped of their potential quirks, or are simply the latest installment in a multi-billion-dollar franchise I stopped caring about three or four sequels ago. Oh, what sweet relief Ari Aster’s  Hereditary brought this past summer as it threw familiar Hollywood beats out the window.

As the threshold for ‘success’ climbs ever more improbable, interesting, mid-sized movies that take risks inevitably fall away. A movie that costs $40m to make, and earns $130m at the box office can still be considered a failure because it ‘only’ turned a profit of $90m. If you care about diversity and variety in the stories we’re offered, this is not okay.

So how does this flow into books and LGBTQ books in particular? Has it already? Amazon, after all, is a corporation interested in profiting from as much content as possible. It doesn’t really matter where that content comes from, as the beast happily snaps up as many self-published titles as possible – including Sins of the Son.  I'm not here to Amazon-bash. Their existence is a wonderful thing in terms of being able to make our stories available to anyone who wants them. In one sense it breaks down the corporate gates that would previously have forbidden so much LGBTQ content. Queer characters being able to access any role in any story has always been the goal – at least for me, and the ease of self-publishing through Amazon allows that.

But there's a cost to that w can't ignore. Our brick and mortar LGBTQ bookstores are all but gone. Shout out to Hares and Hyenas, Melbourne, The Bookshop Darlinghurst, Sydney, and the world’s oldest operating LGBTQ bookstore, Glad Day Books in Toronto, all of which will be hosting signing events for Sins of the Son. But these stores don’t factor into Amazon’s strategy. If anything, Amazon would like to be the sole provider of written content on this and any topic, and they’re willing to offer authors substantially higher royalties for that exclusivity – not to mention becoming every customer’s ‘one stop shop’ for new stories. For this reason, I was adamant that Sins of the Son not be Amazon exclusive. I'm grateful for every reader, Amazon or otherwise, but I also love working with my brick and mortar bookshops, and value their support – not to mention the support of non-Kindle users everywhere.

Despite the vast library of LGBTQ content available through them, Amazon has little interest in curating or managing it. That creates a publishing Wild West when it comes to categorisation. MM or gay fiction or gay paranormal or lesbian crime or ace fiction… The list goes on, and ALL these genres are different... just not in Amazon’s world. But who cares so long as you’re feeding the beast, right?

So, what happens when certain types or genres of ‘LGBTQ’ book become more profitable than others (spoiler: they are)? What if the focus shifts purely to those titles, and authors of other content, and indeed small to mid sized LGBTQ presses find themselves slowly driven out of a market that only rewards mass commercial success? How does somebody wading in trying to find the right book for them sift through the veritable mountain of books out there?

Amazon rankings? I hope not. Or do we need to trot out yet another story of an unscrupulous author or group of ‘authors’ churning terrible book after terrible book out under the same pen name and finding success on the Amazon chart because they know how to game the system? But then, what does Amazon care? They’ve got your money.

This corporate crunch on culture isn’t confined to Amazon, or to books. Ever notice how an oddly disproportionate number of ‘Netflix Original Films’ pop up at the top of your suggestions list? Well, of course they do. Netflix wants its own products centre stage. And some are brilliant, like my favourite film of the past year, Roma, but most are just... content, hoping for a run on the social media news cycle before they're forgotten two weeks later. Is this the future of the way we watch movies? If so, how do any truly exceptional films enter the classic or even cult canon?

I’m not telling anyone to eschew that content. Amazon’s hunger for example can open up some wonderful opportunities to tell stories we’d never get to tell through the Big 5, or even small presses. And never dismiss the value in these digital content providers storing massive libraries of truly great stories we might otherwise lose to the mists of time. Just understand and respect the nature of that beast. If you have the option, ask what long term effect your buying habits might have on the quality and availability of the kinds of stories you want access to in the future, and know when to say ‘no’ at feeding time.
Bookstores Censorship Culture LGBT Readings Releases The Arcadia Trust Trends Writing WTFIsWithThisPlanet

Popular posts from this blog

Gay Magical Elves (and the most annoying 'pro-gay' meme in the universe!) 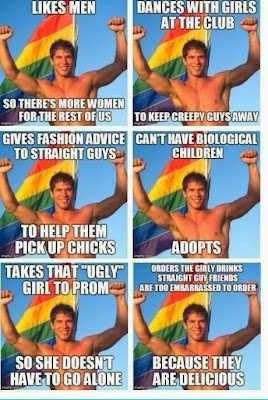 Straight allies of the world, we love you! But we need to get a few things stra-- um... clear.

I kind of dread that if you've made your way to the little slice of web that is this blog, I'm preaching to the converted, but I must preach, nonetheless. I, like many others, am sick and tired of the - yes, well-intentioned - condescension of some people in their efforts to be 'suppotive' of LGBT rights. The problem? That they have a very specific, pre-packaged idea of what gay people are, or should be.

An idea that's ridiculous, infantilising and makes my skin crawl.

Specifically, it's the gay man in the role of reliable side-kick (usually of either the 'sassy' or 'cute' variety), thereby relegating them to the status of a must-have accessory. No, we're not talking genuine friendships that form between gay and straight people here. Those are wonderful. We're talking about the gay friend as fashion statement, whose purpose is to not only sho…
Read more 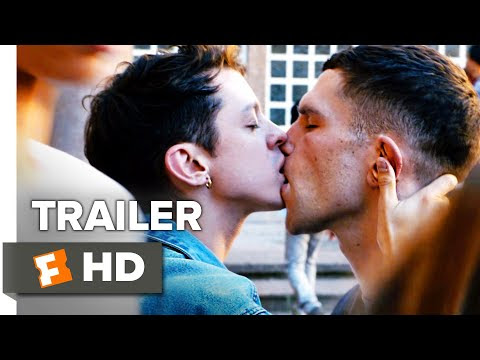 As I looked back on the movies I'd seen in 2017, thinking about my favourites, I noticed the atypically high number of queer movies on that list, so many that I felt they kind of justified their own list. There were heavy hitters like Call Me by Your Name and God's Own Country, but also quiet, blink and you miss them treats like Center of My World. In short, it's been a terrific year for LGBT movies, to the point that Norway, France, Finland, South Africa, and Chile all chose LGBT films as their submissions for this year's Best Foreign Language Film Oscar.

Both the South African and Chilean films (The Wound and A Fantastic Woman, respectively) are still in the running for that prize, though having seen neither, I can't really include them here. Nor have I seen the much talked about Tom of Finland, which got a weirdly shortlived release in Canada and hasn't yet hit streaming. Still, here are 10 new LGBT movies I did see in the past year that you really should t…
Read more